We think Sydney feels more like New York, and Melbourne feels more like San Francisco. It is easy to get around by tram, and the historical architecture is fascinating. Melbourne is often chilly and wet in the Australian winter and quite hot in summer. But like most large cities, there is plenty to enjoy any time of year.

Melbourne is the sports capitol of Australia – and Aussies love their sports! Every year we plan trips for clients who want to attend the Australian Open in late January – but also want to see other parts of Australia or New Zealand.

On the first Tuesday of every November, Australia comes to a dead stop to watch the famous Melbourne Cup horse race. Melbourne is a party town for an entire week! Formula 1 Grand Prix racing happens mid March. Aussie Rules “Footy” goes on for months. Melbourne’s Cricket Ground is the tenth largest stadium in the world.

And what a city for foodies! A delicious way to orient yourself to Melbourne is to have dinner on the Colonial Tramcar – fine dining while you tour the city on a tram. During that introduction you can select which neighborhoods you want to revisit and explore. Melbourne is an absolutely world class city for ethnic dining. Did you know there are more Greeks in Melbourne than anywhere in the world outside Greece? The small Chinatown has excellent restaurants, and the Italian and various Asian areas are well worth a tram trip to find a nice sidewalk cafe.

We love the small group guided “nooks and crannies” tours which take you down small side streets to see hidden gems. In the Queen Victoria Gardens, stroll through the collection of 25,000 native trees, including ones from remote parts of the outback. Melbourne’s zoo has an outstanding collection of Australian wildlife.

Melbourne has outstanding art museums, from the National Gallery of Art’s Ian Potter Center (Australian and Aboriginal art) to the Heide Museum of Modern Art north of the city.

Festivals seem to be non-stop! The first time Karolyn visited Melbourne in 1993, the Moomba Festival was in full swing and marchers waved for her to join a women’s liberation parade! Film, music, theater, food, wine, crafts – always something happening here. 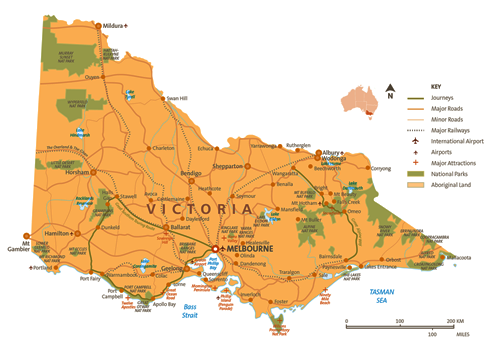 We have the answers. We can't wait to put together your custom itinerary.